We're not in Kansas anymore……

There’s a saying in AA that, “God doesn’t give you more than you can handle”.  I believe that….. but I also believe that it doesn’t mean you have to do it alone. I believe God gives us Angels here on earth, helpers, if you will.

My LO is retreating socially more and more. Anytime I suggest we get together with some friends for dinner, lunch or just a visit, she finds some excuse for her to not go, and she sends me on my way to meet them. I know she needs stimulation; I seem to be retreating with her as well. I’ve documented in this blog, my dance with the “egg shells” to keep the “wrath” of my LO to a minimum. ( I don’t blame her, I blame Alzheimer’s!)  Subsequently, I end up not saying much or being very good company.

So…. the other day I decided to text some friends to see if they were free for lunch, and could they meet us at one of our favorite haunts. I didn’t say anything to my LO; wingin’ it!! One friend happened to be nearby and available. So when I got her text back my LO said with surprise, “She’s here too?” I didn’t lie, I told her I texted her and I said she was able to join us. To my pleasant surprise she was delighted and not even miffed that she had her husband in tow, (she has never met him before).

It was good to see her having fun and telling all kinds of stories, (the ones I’ve heard a gazillion times and I’m having a hard time feigning interest in). But that Angel of a friend, did just that….. (sorry -got a little teary….), she seemed genuinely interested and was totally engaged with her. My LO had so much fun she couldn’t stop talking about it and saying we should go out to lunch with them again and soon! And then she said, “we should go out to lunch with them again and soon! (remember, repetition…). When I told my Angel of a friend, I was very prepared to hear “yeah… sure,……” and then that awkward pause that says it all, (once was enough). You see, I’ve been there already with other friends.  I don’t know if it’s becasue they’re  uncomfortable with the repetition or the disease of Alzheimer’s or something else. It doesn’t matter…. I don’t have time to consider their feelings. They are adults and they should know that it’s NOT about them. My Angel of a friend knows that… she said ” Would love to do it again she seemed so happy…. it was worth it!”

Thank You God for your Angels here on earth! 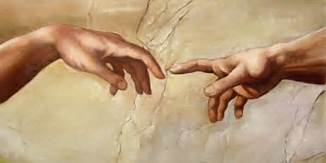